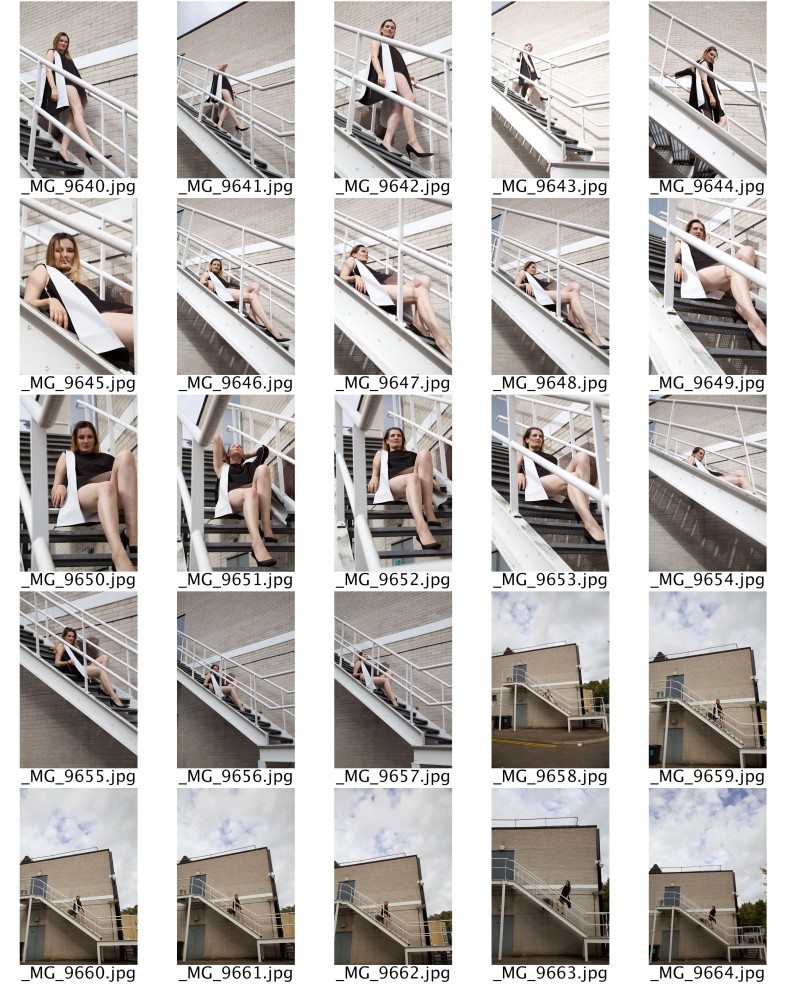 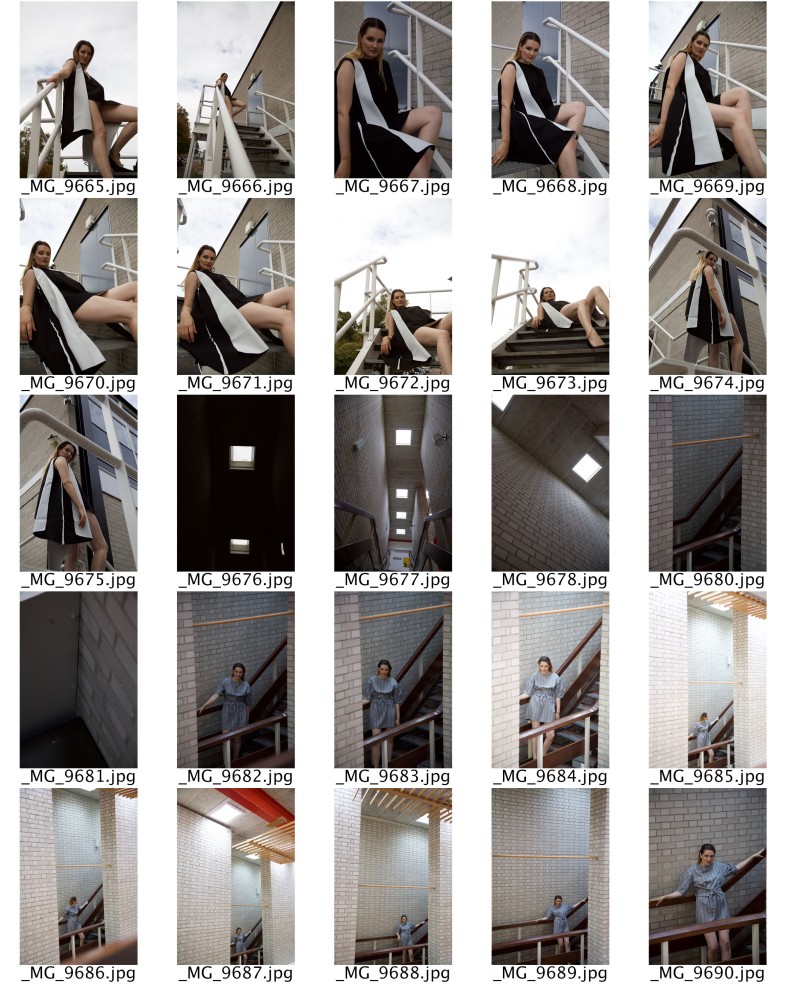 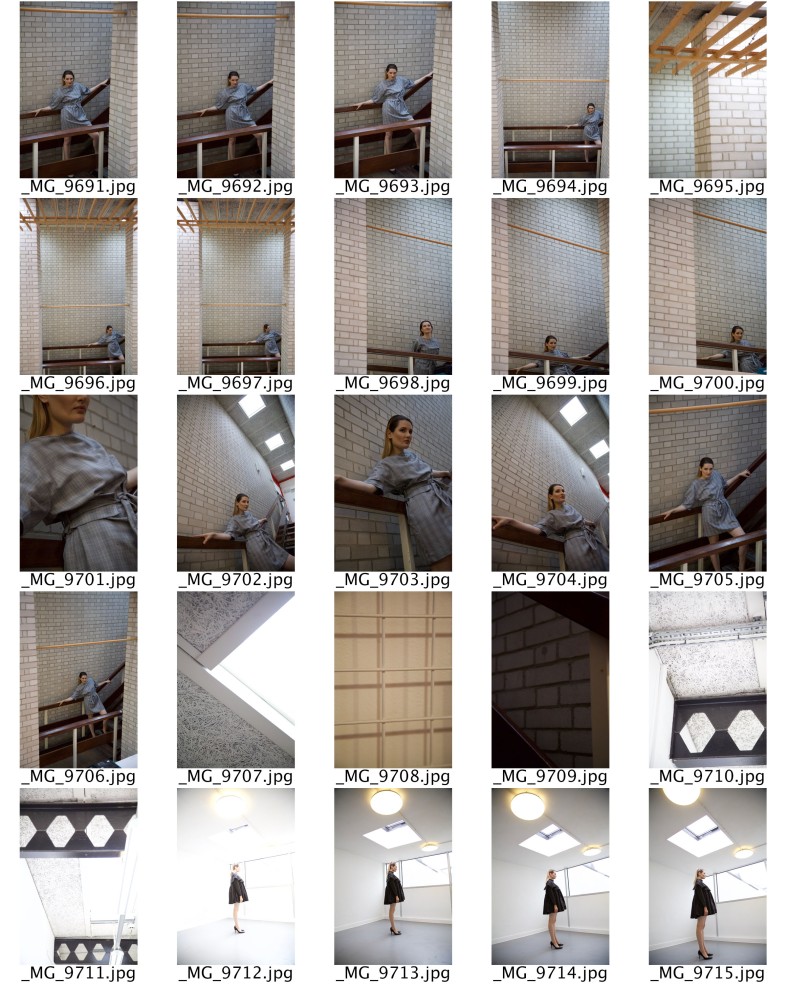 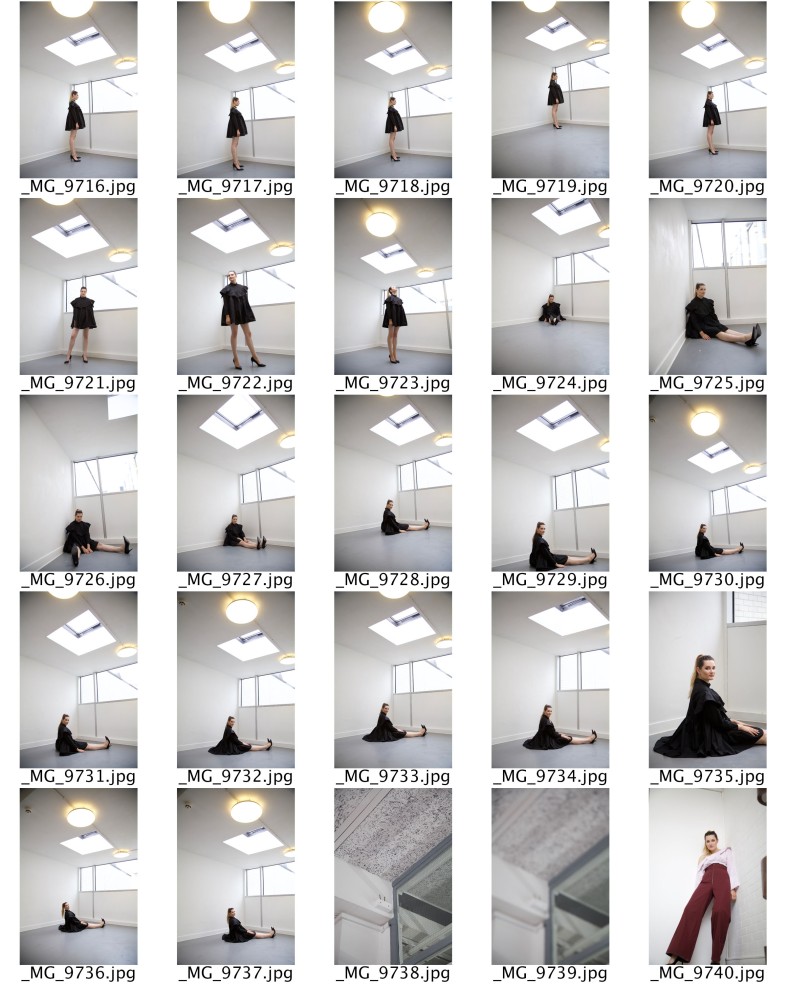 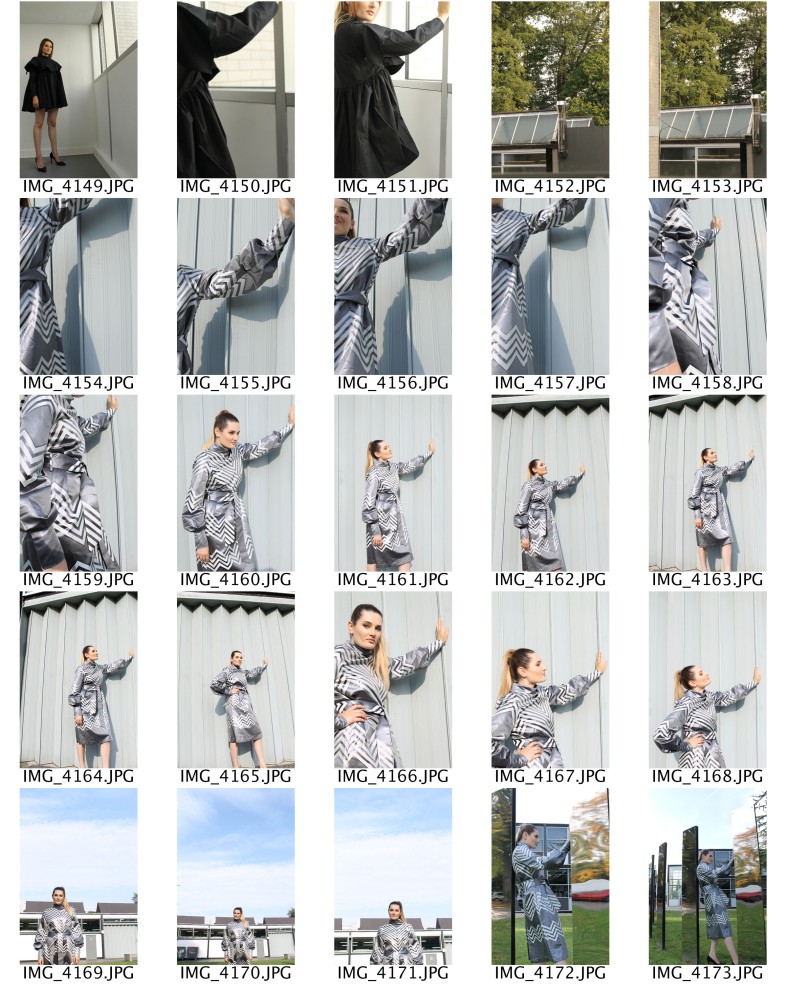 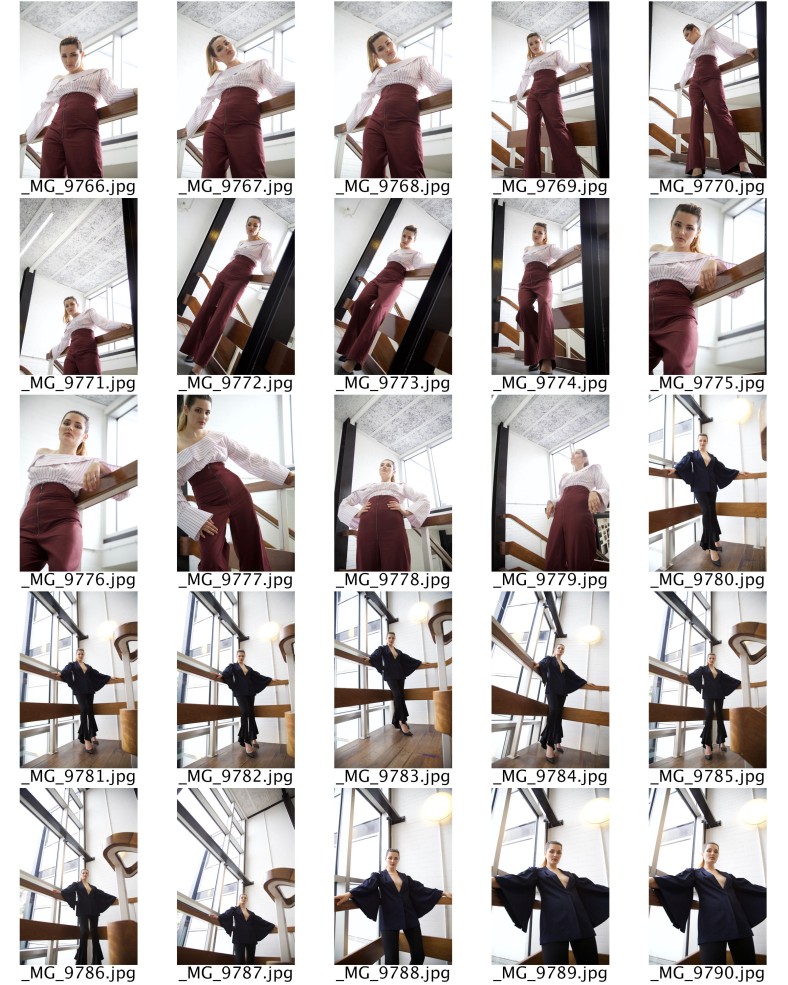 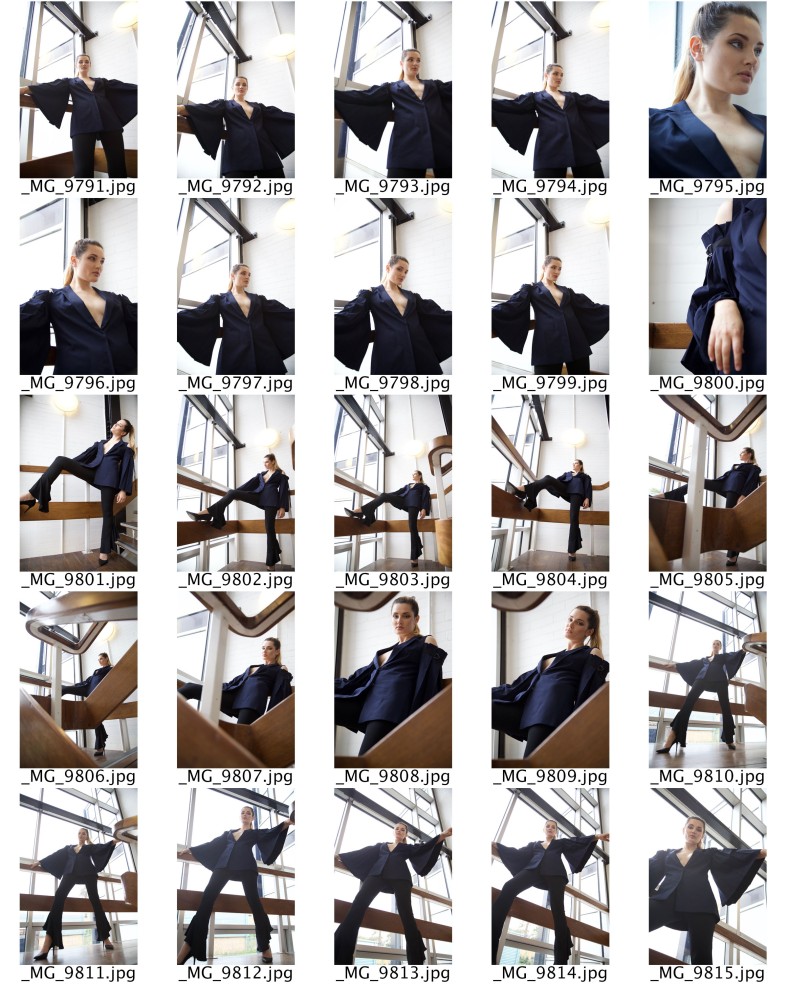 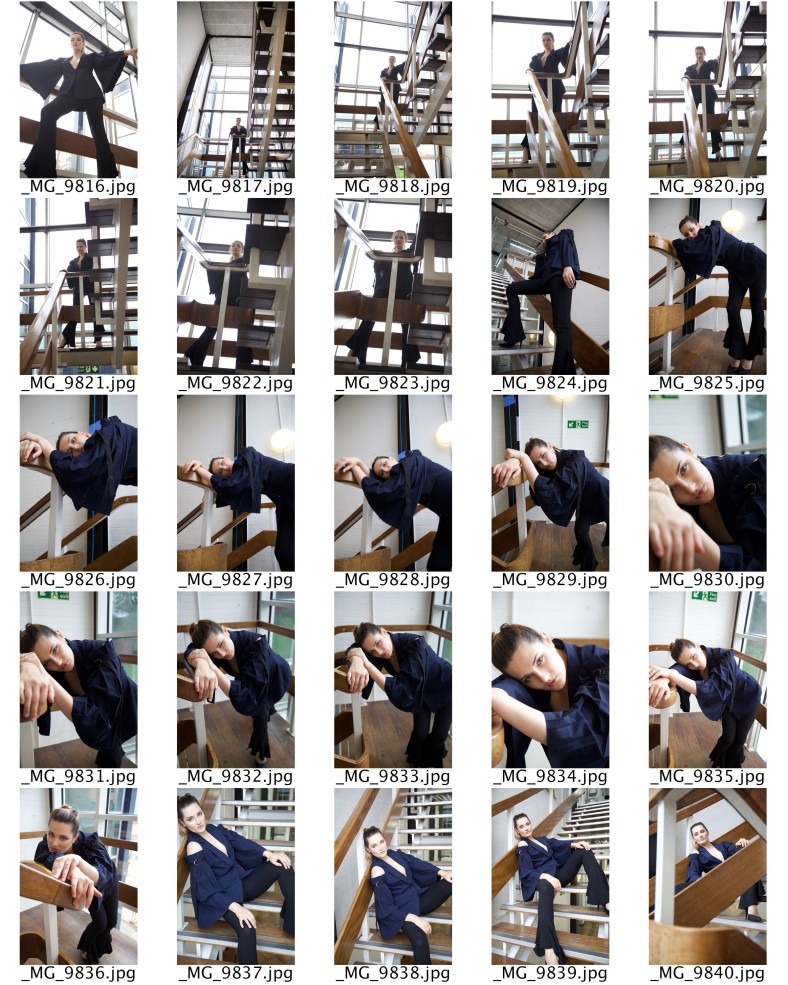 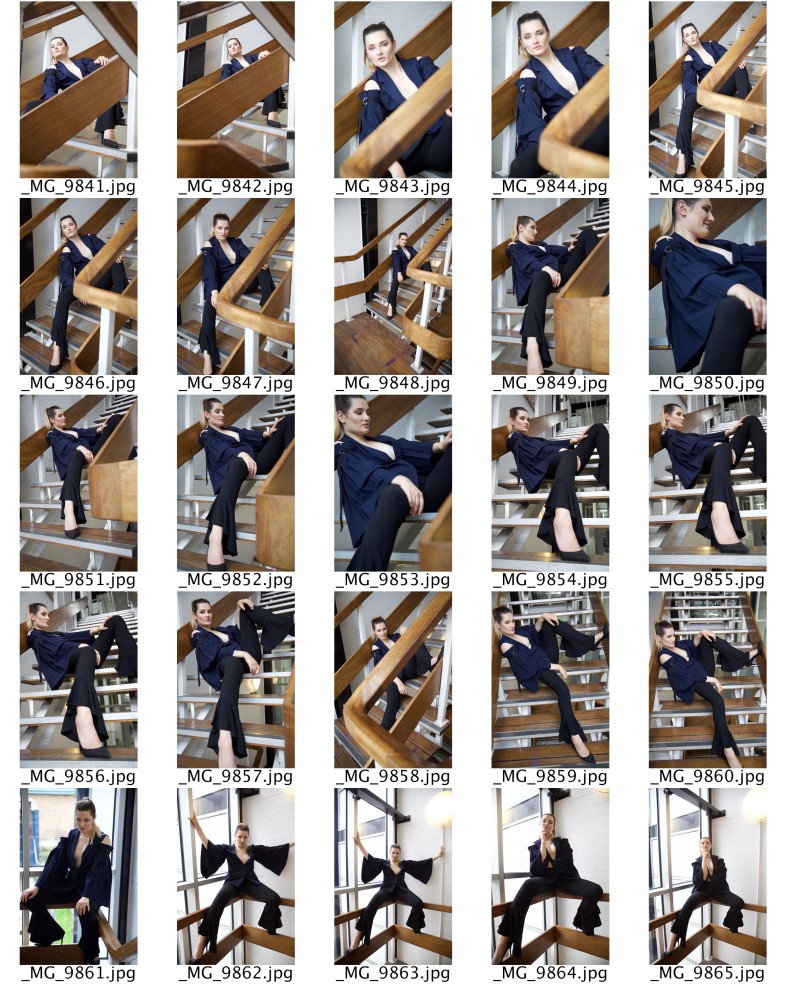 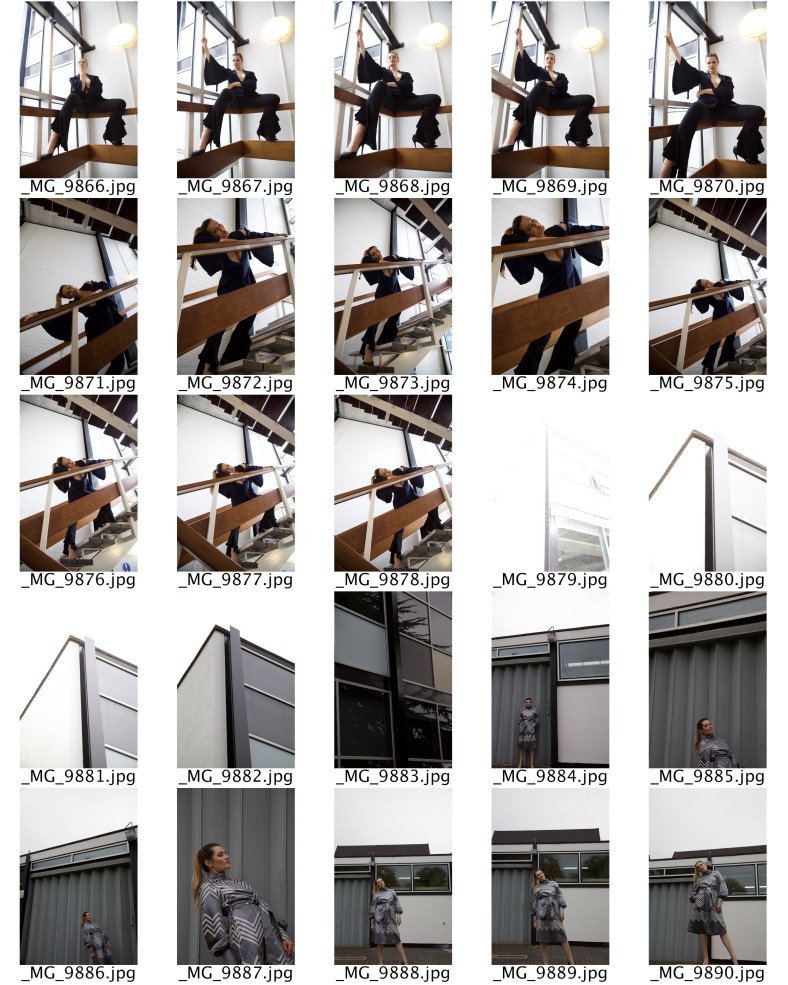 After my first test shoot I knew what locations worked well with what styling and how different angles looked. It was better re shooting as I formed a relationship with the model and we worked together slightly better. Unfortunately for my test shoot I could only have accessibility to the Canon 12000 so with this shoot I used The canon 5d mark 3 which made the quality of images much better. Some of the shots came out slightly over exposed such as it the white corner room with wide windows, however this worked with my theme of contrast as the dress was black. It also brings out the architectural design of the room. However in this second shoot the weather wasn’t in my favour and was over cast all day and all week, which didn’t create  the sharp shadowing that I planned however it was still bright which looked nice and white washed consistently throughout making the images work well as a series. Again I experimented with angles of taking the photo , from below to exaggerate and elongate shape.

The tone throughout is quite washed and bright but with neutral tones which creates a relaxing vibe working in coherence to the purposeful architectural layout. The vibe from the images is modern also working with the architectural elements. I feel like I prefer these images in colour as its not too bold but subtle and looks modern.

Again elements I was looking for is matching lines, vertical with vertical clothing and body positioning. This way the concept of promoting the schools designs and architecture is shown more confidently through the aesthetics.