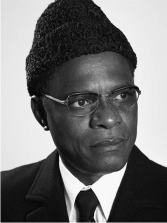 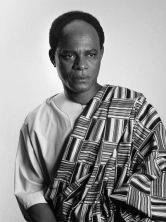 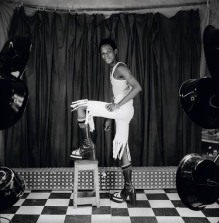 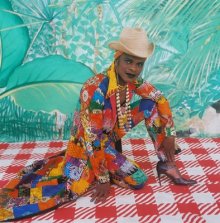 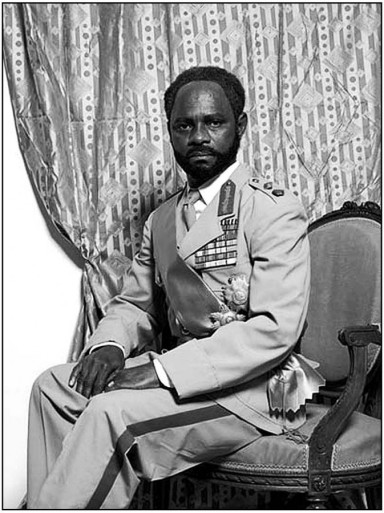 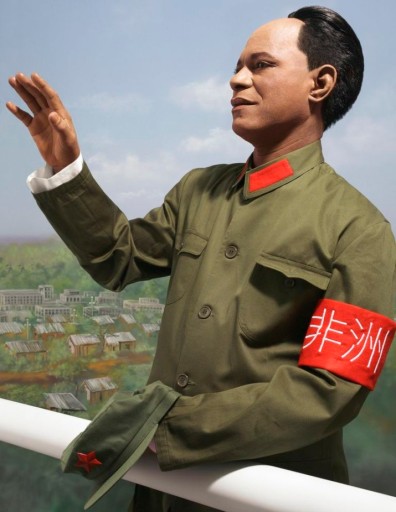 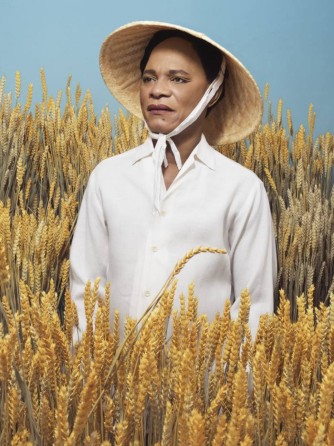 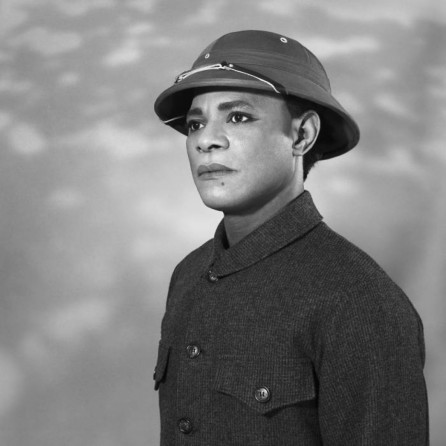 Whilst working as  portrait photographer in the central African Republic, Fosso made self portraits in his spare time, experimenting with costumes and poses to create different identities and elaborate persona’s.

‘I don’t put myself in the photos’ Fosso has said. ‘ I borrow an identity. In order to succeed I immerse myself in the necessary physical and mental state. Its a way of freeing me from me’

Samuel Fosso examined identity through costume, impersonation and performance. He did his photographs at night and so that he didn’t waste film.Although his images are self portraits he can be identified as someone other than himself.

In his early work around 1976 when fosso was a teenager he shows the swagger of that decade, wearing articles of clothing banned by the dictatorship. He shows a sense of mild protest which continued in his later work.His photographs  show a moment or a figure framed by the satirical and political.

‘The tati’ in 1997, fosso creates himself as a liberated american woman who is described as ‘ a dream that narrates slavery, segregation and the desire to be free’.

His series ‘African spirits’ shows tribute to historical figures such as Malcolm X , Aime Ce’sare and Muhammed Ali, by re-enacting their famous portraits. The photos transform self absorption into value.

All the figures in African spirits are replicated according to their representations in the public imagination. The representation of the black heroes ask viewers to think about the use of public images and how they become objects of worship and control.

For his self portraiture he used special cloth backgrounds, where in front of them he stood dressed up in costumes that varied differently.

Fosso’s style could be compared to many photographers for example Cindy Sherman’s creation of identity. However similarly to Diane Arbus his portraits show a glimpse of our own humanity. Arbus’ photography shows that everyone has their own identity, In contrast Fosso’s variety of costumes are said to show that identity is partly determined. His work has therefore been characterised as having disclosure of how humans can create their own identity. This is the main theme I want to portray in my own project questioning what is someone’s identity.