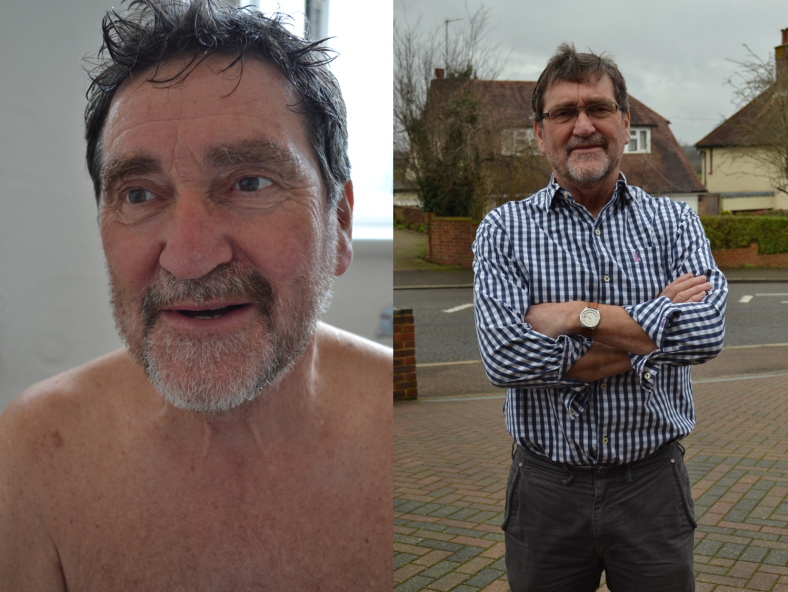 After the 1st image of private identity I wanted to see how well combining 2 images would look like my original plan. The images on the left show private identity (striped back and bare) where the images on the right show the same model but dressed and presented how they would present themselves resenting their public identity. With the two presented next to each other it create a visual contrast to the differences between the two identities people can have. With these images ,similar to the 1st shoot, I would like to fade out both backgrounds- this was the model is in central focus and the two images might fit better together